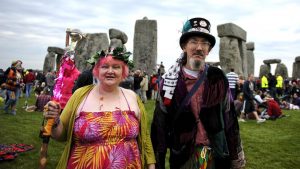 Stonehenge (if you’re a cultural baboon) is in the UK and is where druids used to sacrifice virgins to ensure crops would grow, amongst other paganesque type stuff

Now we sacrifice politicians, that doesn’t work either 😉

This blokes replica is getting 30,000 visitors a year!

(one hopes he’s not offering virgins but who knows!)

It’s mostly Aussie’s going to see the copy henge, so that suggests that you could build replica’s all over the world

and herein lies the lesson

Want to learn how to do that properly?

Here’s the link to get in on the action