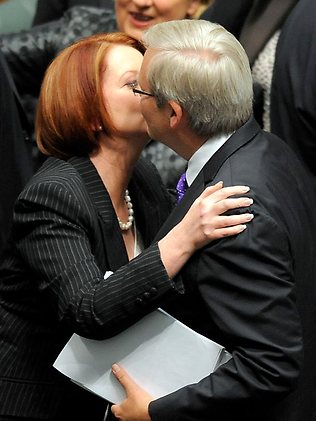 In Australia we’ve just had a leadership battle (and a winner) and now we’re just about to have an election. Now I couldn’t give 2 hoots for the election; if you look at the policies of 95% of politicians they’re exactly the same. So the puppet doing the talking (spruiking) is of no consequence in my opinion.

Anyway, I got to thinking about how my digital marketing agency would go about getting someone elected if we were ever asked.

(NB. we have been asked to do the online marketing in the UK for a certain far right wing party, but considering we employ great talented people from all over the world, with all sorts of sexual proclivities and religious views, we politely declined 😉

So without further ado, here’s:

How To Use Online Marketing & Behavioural Psychology To Win Elections

It’s no exaggeration to say that social sciences, and many aspects of business, are being transformed by the availability of huge amounts of data to test what works most effectively, from helping inspirational political candidates win, to promoting digital marketing agencies such as ours.

But they are also heavily influenced by the development of behavioural science over the past 20 years, which has provided us with a set of theories explaining why people act as they do.

We are huge fans of behavioural sciences, and have recently produced this reader to help clients make use of the valuable information the theories offer.

The founding classic of the genre is Professor Robert Cialdini’s Influence. His six forms of influence (reciprocity, commitment/consistency, social proof, authority, liking and scarcity) are the essence of many of our successful digital marketing campaigns for our clients.

Here are some examples:

Visual cues of authority are crucial in persuading people to spend money online – which is why most transactional websites are heavily laden with security icons such as locks.

Communications from real human beings have significantly higher action rates – because we find it easier to like a real human being than an impersonal email address such as info @ roarlocal.com.au

Running out of time or tickets is very effective at driving actions. For instance, Australian political campaigns routinely stress short-term deadlines, such as monthly fundraising targets, to drive urgency and as a result, donations.

On a more pop level, Nudge (very influential on the current UK government), and the Political Brain, are also good at explaining how rational models of behaviour are frequently misleading.

Finally, a must-read is Daniel Kahneman’s Thinking Fast and Slow. Described as ‘the most important psychologist alive today’, Kahneman describes how our thinking tends to split between ‘fast thinking’, where our brain operates on autopilot, heavily influenced by rules of thumb and prior experience, versus ‘slow thinking’, where we consciously examine an issue. Our brains, to reserve conscious thinking for the most important tasks, both take many decisions unconsciously and post-rationalise our decisions, so that we often think that we have taken them with more consideration than we have.

One learning of this that correlates closely with ROARlocals’s experience, is that making things as simple as possible for people has a big impact on their behaviour. This is why our recent simplification of the donation process has had a dramatic effect on how much money people donate, including busy people like Presidents.

There are many more lessons to be learned and strategies to be derived from the teachings of behavioural sciences. Get started with these books and watch your own campaigns benefit.

P.S Want us to help you be the puppet master in your niche? Then get in touch to find out how we can help you

Should we take generic or original brand pharmaceuticals