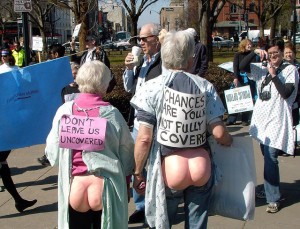 How To Start A Business

Over the years, i’ve been fortunate to run a ton of courses that teach people how to start and build their own business.

I’ve noticed a very interesting trait of those who go on to make entrepreneurs and those that don’t.

Y’see, while thousands of employees make the leap every year, it’s been my observation that very few succeed.

Not because they’re not smart, hard-working, insanely capable problem-solvers and good people with great intentions. But because the way you are taught to think, see the world and operate as an employee shuts down nearly every entrepreneurial instinct.

As an employee, a big part of your job is to forecast every conceivable thing that can go wrong, then protect against it. To remove ambiguity and uncertainty. With whatever time you’ve got left, you focus on putting the structure in place to maximize the upside.

But that’s nearly always second to protecting against the downside and covering your ass. In part, because it’s often more easily quantified. In part, because that’s what you’re hired to do. And, also because if you miss a major risk and things go south, you’re going to share in the blame for the hit.

This “fire-walling failure” mindset is a key to your job as an employee. But it’s total disaster for the role of entrepreneur.

They need to understand need, desire and possibility. But they also need to be pathologically optimistic. They need to believe the impossible can be done on an almost irrational level. To them, uncomfortable as it often is, uncertainty, ambiguity, the unknown serve as rides in a necessary playground of possibility.

Entrepreneurs need to focus on building something from nothing, not protecting against losing everything.

They hire employees to do that.

So, when employees bring a “cover your ass” mentality into the world of entrepreneurship, disaster often ensues. Because everything they’ve been taught and everything they’ve practiced has indoctrinated an approach to risk, action, uncertainty and possibility that wars violently with the mindset needed to succeed in the world of necessary blank canvases and undefinable outcomes.

Want to quit your job and start your own business?

If you’re an employee with a desire to enter the world of entrepreneurship, what do you do about it?

You’re gonna hate this but there is no easy answer here, but there are some important things to think about, beyond all the standard “should you really be working for yourself” checklists:

1. Admit you have a problem.

It’s not a personal judgment. It’s simply the way you’ve been trained plus, for some, an innate bias toward negativity and away from risk and ambiguity tolerance. You’ve spent thousands of hours finding fail points, imaging ones that don’t and likely never will exist and protecting against them. That’s your job, but in order to succeed as an entrepreneur, you’ve got to shift from being a failure cop to professor of possibility.

2. Examine your tolerance for risk and ambiguity.

Ask yourself if you’re really capable of living in a place of mass ambiguity, unprotectable exposure to risk of loss, judgment and uncertainty for extended periods of time, potentially years. If you are, great (though I can pretty much guarantee your first internal “hell yes” will have been more ego than brains, so give yourself time to consider the question).
If you aren’t…

3. Train in the alchemy of fear.

Learn and cultivate the daily practices and shifts in outlook needed to help you lean into that place with far greater balance.

Some will tell you, by the way, this is not possible, you are who you are, don’t believe that, it’s utter bullshit.

A certain amount of mindset likely defaults to a genetically determined set-point. But, a huge chunk is also trainable. While a thin slice of entrepreneurs are natural born fear alchemists and entrepreneurs, most are not. Instead, they’re people possessed with the drive to create who train in the ability to lean into the abyss, even though they may not realize that’s what they’re doing.

In the end, here’s what I’ve come to believe. The few employees who make the leap and hit the ground running were really entrepreneurs in employees’ clothing. A far smaller selection realize they’ve got a problem and do the work needed to shift their approach and, indeed, the very way they see the world.

The vast majority, though, never do the work. In part because they don’t know there’s a problem. And, then, because they don’t know how to fix it. So, they end up crashing and burning or grinding out the illusion of success through sheer force of will, but it ain’t fun. It’s brutally hard, and most end up wishing they’d never left their jobs.

I’m sure that, in writing this, I’ve pissed a few people off…

That’s not my intent.

My goal here is twofold:

To bring this conversation out into the open and have a real dialogue about a phenomenon that nobody seems to be talking about.

To identify key questions and and points of inflection for those employees who feel pulled toward entrepreneurship beyond the desire to climb the corporate ladder.

I’d also love to see the deeper, real-world psychology and mindset side of entrepreneurship taught in law school (and B-school, for that matter). Right now, it’s a gaping void in the curriculum of both.

This would better inform the many employees who feel pulled to leave their jobs to enter the world of entrepreneurship. It would also help employees better understand the psychology of their entrepreneurial clients, serve them on a more connected level and create better aligned relationships and solutions.

Now, before anyone starts listing out the employees who’ve become great entrepreneurs, I get it. It’s not impossible. I’ve said as much above. In fact, I know a number myself. My point is, those are the outliers. The people who’ve been able to make the shift not just operationally, but psychologically.

So, what do you think?

Are you an employee who yearns to launch or who has left your job to build your own venture? If so, how have you dealt with this? Are you even aware of it?
How’s it been?

Are you employed right now, thinking about doing your own thing?

P.S If you want to quit your job and start your own business then stay tuned for a great way to do that.