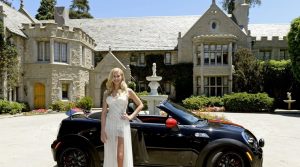 Did you ever meet someone that was rich?

Not “a few million” rich…

… no i’m talking really rich, like 10’s of millions rich

Wanna know what I asked her?

In my defence I had ZERO idea she was loaded

She drove a shitty car and wore a timex watch

Have you met anyone who’s very wealthy?

If you have did you ask them how they made their money?

That’s real wealth for you

Not having a new Mercedes on a lease

or a house you can’t afford

Rich people manage their money well and only have smart debt

You can tell that they’re rich if you know what to look for but for the most part they’re quiet and unassuming, just like you and me

Since meeting her I’ve met a lot of other wealthy people, wanna know their secret?

all rich people are action takers, they get a LOT of things done

But the ones that do work… holy cow do they ever work!

Are you an action taker?

Everyone else can take a jump 😉