I’m in Brissy today for our Aussie Online Entrepreneurs conference

No 1 question I get asked by the attendees is

When Is Amazon Opening Here In Australia?

Well so far here’s what we know:

1. Amazon has opened registrations for sellers 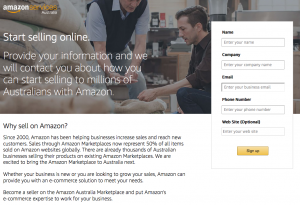 So they are actively looking for you to start now!

So hop on over to start selling on Amazon Australia 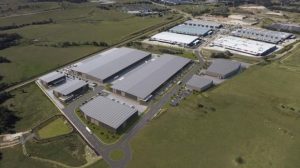 Oakdale, developed by Goodman and Brickworks. According to industrial property agents, Amazon has signed a lease deal for a large purpose-built warehouse on the estate. Photo: Supplied

3. Amazon is actively recruiting 100’s of people here in Oz to facilitate the launch 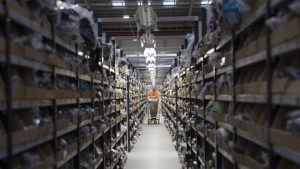 An employee processes an order at an Amazon fulfilment centre. Picture: Simon Dawson/Bloomberg

Amazon is on a hiring spree, with more than 140 roles advertised in IT, marketing, sales and HR — and that’s just the beginning.

Some of the positions up for grabs include responsibility for hiring and managing teams, meaning many more jobs could be on their way.

To house its expanding workforce, Amazon has leased extra space at the Sydney office it opened last year; its staff now occupy five floors of the 47-storey tower at No. 2 Park St.

Among the roles listed are those that explicitly reference Amazon Fresh, the company’s first official confirmation that the innovative supermarket offering’s Australian launch is imminent — with bricks-and-mortar grocery stores expected to be a part of a strategy to be unveiled next year.

“As a member of a team focused on innovation, you will be responsible for building a system to support a new and confidential Amazon Fresh initiative that will help revolutionise the grocery shopping experience,” an advert for a Brisbane role says.

“We are looking for a software engineer to design and develop the systems that power our delivery services and help us take this business to the next level.”

Another ad describes the mission of Amazon Fresh, saying: “With a huge selection ranging from milk to electronics, customers can order by 10am and have their products delivered by dinner,” it read.

That would give them 3-4 months to train all the new people they’re employing.

Then when Amazon launches you’ll be ready to start creating cashola too!

Wanna learn how to do that step by step?

Then why not take a look at the Aussie Online Entrepreneurs

You’ll join 256 (and counting) Australians just like you that want to start a business on Amazon here in Australia!

We’d love to see you