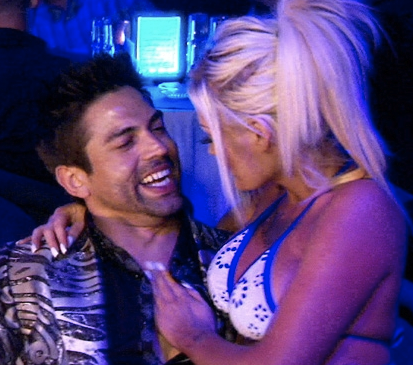 I want to tell you a story because, if you pay attention, it’s going to make you a lot of money but I’m afraid you’re going to judge me harshly….

So let me say this, this story happened 7 years ago when my wife and I were “taking break” (aka she’d left me) so even though I still loved my wife very much we weren’t technically together, ok?

With that being said let me tell you about the Youtube millionaire I met at Affiliate Summit Las Vegas.

I was there as a guest of Virgin Airways.

I was their No 1 affiliate in the world and they flew me first class to Vegas to say thank you.

1 of the perks of being a super affiliate is that companies suck up to you to try and keep you sending them cashola.

The event was kinda OK, lots of companies looking for affiliates and lots of affiliates pretending to be rockstars.

The parties at night however, were something else!

The final night party was being held by a large affiliate network that was well known for “taking good care” of it’s affiliates (nudge nudge wink wink) and so naturally it was held at a strip club.

I’ve never really been into strippers, but what the hay, so I went along.

I met a guy there who I’d seen earlier pull up in a lime green Lamborghini and he was a youtube marketer (he made money by running ads on youtube to affiliate offers) I’d heard of him before but never met him so I was keen to chat to him.

He was surrounded by people and he loved it!

I mean it was true unadulterated, wolf of wall street style debauchery!

I asked him how he made his money, he was drunk and in a boastful mood so he bragged about what he did trying to impress the girls at the table… I listened very carefully

in fact he’d never revealed what it was to anyone, I know because it was genius!

It was all to do with the images he used and what he did with them, so simple but so smart (the best things are)

He passed out shortly after and I saw him getting on his flight the next day with a black eye so god only knows what happened!

Still I had the strategy….

In fact this strategy is so successful Greyhound Australia paid us $48,000 a MONTH to do their marketing for them!

All based on the results this drunken youtube millionaire shared with me 7 years ago.

Want to know what it is?

You can take a look here:

In my training I’ll reveal exactly what the strategy is and how you can use it to quickly make lots of money on Amazon.

You’ll also join my band of merry men and ladies in the Aussie Online Entrepreneurs, the nuttiest band of crackpot entrepreneurs this side of Vegas!

Check it out for more “Vegas Youtube Millionaire” shenanigans 😀

P.S Just to clarify, I like lovely ladies who are scantily dressed but I don’t like strip clubs because I always felt that the girls were there strictly on business, know what I mean? I like my ladies to be there because they want to be, not because they’re working.

P.P.S I learnt a LOT about selling to men from those strippers, if you leave a comment below you might persuade me to share some of things I’ve learnt and ladies… you’ll be surprised at this!