How Porsche Can Charge $100K MORE for the same product

My wife wants a new car; she insists we “need” one. I insist otherwise, but she’s VERY persistent (marketing lesson No 1) and so I spent the weekend looking at cars.

She wants a Porsche Cayenne (ugliest car on the planet), so I started doing some research. Did you know that Volkswagen owns Porsche? You did? OK, how about this – did you know the Volkswagen Touareg uses EXACTLY the same chassis and running gear as the Porsche but costs half the price! (FYI the Audi Q7 uses the same platform too).

So given that the 2 cars are virtually identical, how on earth does Porsche manage to charge twice as much for their Cayenne?

That, my friend, is down to the story that Porsche communicates about the Cayenne and the rest of its cars. Their story is basically much better than Volkswagen’s Touareg, and forms a part of their overall pricing strategy.

What you almost never hear about is a fifth track, which I call story analysis: an analysis of a product’s capabilities to fulfill a profound human need, to tell a story that gives your customers’ lives richer meaning. In a world of abundance, what your product does for your customers is important, but not nearly as important as what your product means to them. And this second part — the story of your product — is what yields the greatest pricing power of all.

Not convinced? Consider this story.

People Pay Damian Hirst Millions For Paintings Of dots… Why?

Walker decided to test this conclusion in a simple and direct way. With the help of a friend, he began buying random, worthless, or low-value objects at tag sales and thrift shops. The cost of the objects ranged from one to four dollars. An old wooden mallet. A lost hotel room key. A plastic banana. These were true castoffs with little or no intrinsic worth.

Next, Walker asked some unknown writers to each write a short story that contained one of the objects. The stories weren’t about the objects, per se; but they helped to place them in a human context, to give them new meaning.

When Walker put the objects, along with their accompanying stories, up for sale on eBay, the results were astonishing. On average, the value of the objects rose 2,700%. That’s not a typo: 2,700%. A miniature jar of mayonnaise he had purchased for less than a dollar sold for $51.00. A cracked ceramic horse head purchased for $1.29 sold for $46.00. The value of these formerly abandoned or forsaken objects suddenly and mysteriously skyrocketed when they were accompanied by a story.

The project was so successful (and so interesting) that they have now repeated it 5 times and put all the results up on the web. It is also a book. 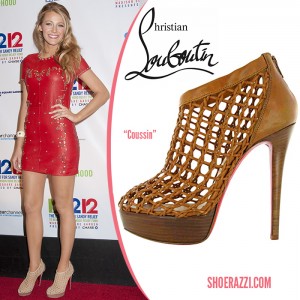 how to charge more for your products and services

A shoe is a shoe is a shoe until it is a pair of Christian Louboutin shoes. For every pair that I buy, a child who has never been able to afford shoes gets a free pair as well. Suddenly, these objects are part of an inspiring narrative — one that I can use to reveal something meaningful about myself to others.

That’s something I am willing to pay for (and your customers too).

And as the number of products and brands in the world proliferate at an ever-accelerating pace, the power is only increasing. In 1997, there were 2.5 million brands in the world. Today? The number is approaching 10 million. So the trend is toward rapid commoditisation of just about everything.

In a world of almost overwhelming abundance, an authentic, meaning-rich story becomes the most important ingredient to drive a company’s margins up.

So, how do you charge more? Simple, tell your story, and tell it often.