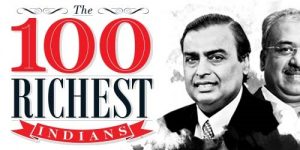 During the 17th century, China had a monopoly on tea.

But the poms wanted ‘in’, so the East India Company hired a smuggler.

He was Robert Fortune, an adventurer and Scottish botanist, who disguised himself as a Chinese merchant and stole tea plants, seedlings, and other botanical discoveries and took them to India.

During the next few decades, India’s tea production surpassed China’s.

“import products into a country”

Word to the wise

from UGG boots to tea tree oil they can’t get enough of us!

1. They don’t trust their own stuff,

Most of it’s cheap fake crap

When they want something quality they look overseas

Australia has a brilliant reputation in India for quality goods

2. Keeping up with the Patel’s

India has more millionaires than there are people in NSW

Their middle class is the fastest growing in the world!

But what other Aussie products are lusted after overseas?

Tonight is the “what to sell” session

Join here today so you can see it
http://roarlocal.com.au/aussie-online-entrepreneurs/