If there’s a short cut that works you’d want to know it right?

Especially if that short cut applied my favorite thing, leverage, to find brilliant product niches on Amazon and Alibaba.

If that shortcut saved you days of research and expensive pieces of software.

Best of all Amazon and Alibaba WANT you to use this shortcut and you wouldn’t be stepping on anyones toes by using it!

It is, the holy grail of short cuts 😀

So, what the heck is it?

Copy what’s already working and selling well in other markets.

Here’s how it works.

I sell in Australia, and only Australia.

I don’t target the UK nor do I lust after the states, you can keep Germany and say adiós to selling in Spain.

I sell in Australia, that’s it.

Because so few other people do.

Every man and his dog goes after those big markets and good luck to them, you can make a ton of cashola selling to the yanks.

Everyone ignores Australia and New Zealand, and that, my profit hungry friend is an opportunity.

Because right now Amazon is making a BIG push into Australia: 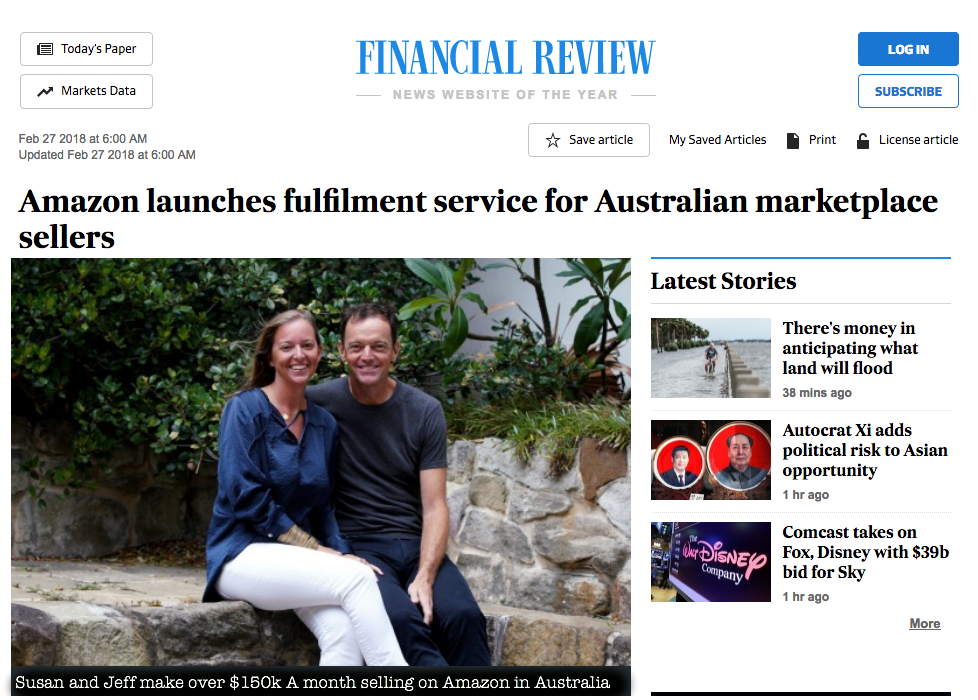 OK so now you know the secret to our success in the next installment I’ll show you what will sell well here in Australia… warning!

This is going to be boring as hell!

Here’s a clue why, boring everyday stuff sells like hotcakes!

I’ll show you why next time