How To Make A Great First Impression Online

People make snap judgements. It takes only 1/10th of a second to form a first impression about a person, and websites are no different. It takes about 50 milliseconds (that’s 0.05 seconds) for users to form an opinion about your website that determines whether they like your site or not, whether they’ll stay or leave.

This number comes from specific studies. In the first study, participants twice rated the visual appeal of web home pages presented for 500 ms each. In a follow-up study they reduced the exposure time to 50 ms. Throughout, visual appeal ratings were highly correlated from one phase to the next, as were the correlations between the 50 ms and 500 ms conditions. Thus, visual appeal can be assessed within 50 ms, suggesting that web designers have about 50 ms to make a good first impression

This first impression depends on many factors: structure, colours, spacing, symmetry, amount of text, fonts, and more. All the website screenshots below are for illustrative purposes only.

Users form design opinions even in 17 ms. Recently Google confirmed the 50 ms number in their own research. In fact, according to their study, some opinions develop even within 17 ms (though the effect was less pronounced on some design factors).

The key findings from their study were that websites with low visual complexity and high prototypicality (how representative a design looks for a certain category of websites) were perceived as highly appealing.

IMPORTANT: Make your web design simple and familiar (follow conventions – e.g. people have a fixed idea what an e-commerce site should be like). If you go for innovative, unconventional layouts – people are less likely to like them. 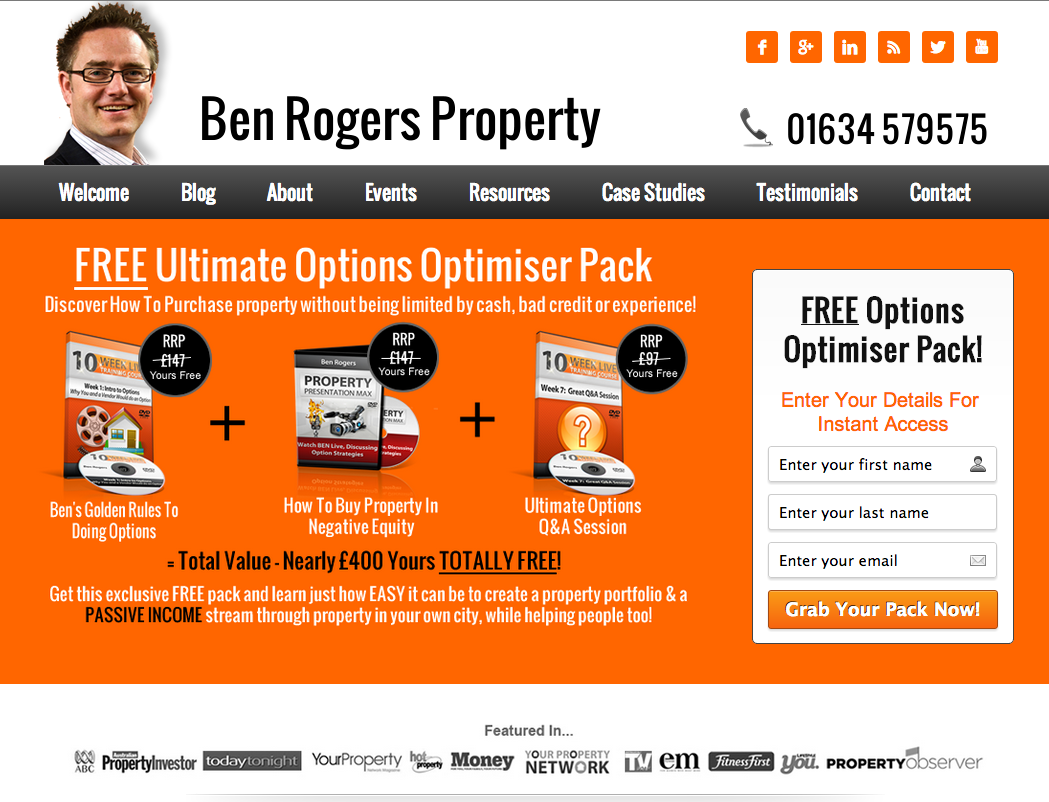 Eye tracking study identifies key elements. It takes 2.6 seconds for a user’s eyes to land on that area of a website that most influences their first impression.

The researchers monitored students’ eye movements as they scanned the web pages. The researchers then analysed the eye-tracking data to determine how long it took for the students to focus on specific sections of a page – such as the menu, logo, images and social media icons – before they moved on to another section. They discovered that the better the first impression, the the longer the participants stayed on the page.

The website sections that drew the most interest from viewers were as follows:

Keep your landing page nice and clean like this one

The study showed clearly that the look and feel of the website is the main driver of first impressions.

Of all the feedback the test participants gave, 94% was about design (complex, busy layout, lack of navigation aids, boring web design especially use of color, pop up adverts, slow introductions to site, small print, too much text, corporate look and feel, poor search facilities). Only 6% of the feedback was about the actual content. Visual appeal and website navigation had by far the biggest influence on people’s first impressions of the site.

At the same time, poor interface design was particularly associated with rapid rejection and mistrust of a website. When participants did not like some aspect of the design, the whole website was often not explored further than the homepage and was not considered suitable.

Similar results were found in a study research for Consumer WebWatch, conducted by Stanford University credibility experts. They found that what people *say* about how they evaluate trust of a website and how they *really* do it are different.

The data showed that the average consumer paid far more attention to the superficial aspects of a site, such as visual cues, than to its content. For example, nearly half of all consumers (or 46.1%) in the study assessed the credibility of sites based in part on the appeal of the overall visual design of a site, including layout, typography, font size and color schemes.

IMPORTANT: Great design gets people to trust you and to stick around. Poor design creates mistrust and makes people leave. 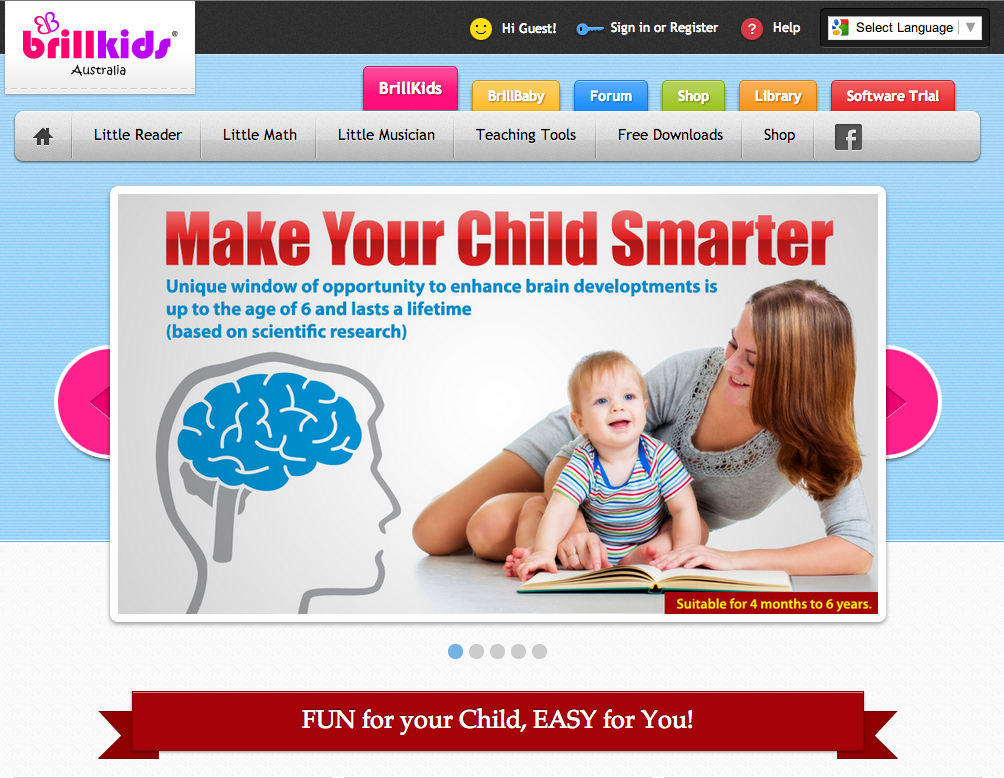 Make sure your above the fold rocks like our client brillkids

Make sure above the fold area rocks. Over the years “above the fold” issue has been hotly debated. Today’s research indicates that people have no problem scrolling and in fact prefer it to diving the content into many pages. What’s this got to do with first impressions?

Here’s a new dimension of thinking to the “above the fold” issue: it needs to be the best part of your website. First impressions are formed in 0.05 seconds. They’re not going to scroll down in that time. Hence, what they see immediately without scroll is what determines whether they even want to scroll down.

My best advice: don’t try to save money on design, ever. I’ve seen time and again how a “plain design overhaul” resulted in significant conversion boosts.

People form their opinion about your site in milliseconds. The first second on your website might matter more than all other seconds that follow. Make sure that second makes a great first impression.

Want us to get to make you look BRILLIANT! Then get in touch here and we’ll take care of your online image.