We test a lot of cool stuff for our clients at ROARlocal. From optimizing their check out process to seeing what ads make the most money, we’re fanatical testers who get a HUGE kick helping our clients make money.

I am always studying social psychology and reading the latest research and literature to see what we can learn to apply to our clients websites for them.

So I thought I’d share 3 weird things I’ve seen this week that would be worth testing online, up first!

Would you give this man your telephone number? (Don’t let the guitar case influence you.) 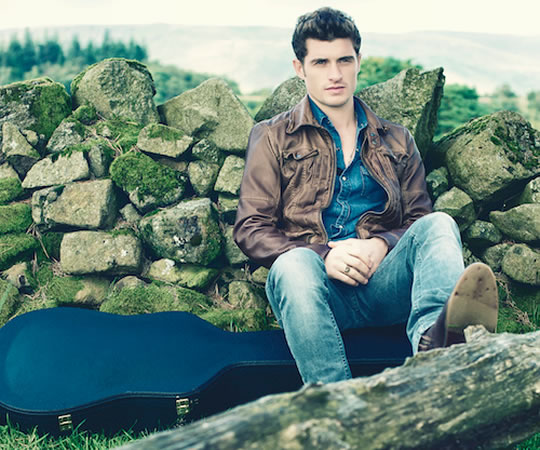 In France there’s a psychologist, Professor Nicolas Gueguen, who roams the North-West, asking young women for their telephone numbers—or at least his research assistants and experimental confederates do.

This isn’t just to boost the national stereotype, but all in the name of science.

The results they’ve reported over the years confirm some things we think we already know and a few new insights. His experiments often involve approaching random strangers (usually women) in the street and asking them for something (usually their phone number). So far he’s found that:

Now, in his latest experiment, he’s been testing the pulling power of musicians. How much extra sheen does it give a man if he’s carrying a guitar case when he asks a woman for her number?

Naturally women are pretty cagey when approached by random strangers in the street, so Gueguen et al. (2013) chose a young man who had been highly rated by a panel of women.

He was told to stand in a local shopping centre and approach women of between 18 and 22, without regard to their appearance, and say to them:

“Hello. My name’s Antoine. I just want to say that I think you’re really pretty. I have to go to work this afternoon, and I was wondering if you would give me your phone number. I’ll phone you later and we can have a drink together someplace.”

Then he smiled and gazed into their eyes. The poor chap had to do this in three different conditions while holding either:

What happened was that when he wasn’t holding anything he got a number 14% of the time. The sports bag, though, put women off and dropped his average to just 9%.

It was the guitar case that did the trick, bumping up his chances to 31%. Not bad at all considering he was approaching random strangers in the street.

So the mystical, romantic image of the musician had a pretty powerful effect. Well, it will until she discovers the guitar case only has a sports bag inside.

(No mention is made of what the young man did with all the telephone numbers, but I’m sure they were dealt with ethically.)

So, how to apply this insight into getting phone numbers?

Well, first up when you’re asking for the digits (credit card numbers) it’s GOT to be worth testing images, images that make your site look affluent and also images of men staring straight at the camera.

That’s got to be worth a test!

I thought that the “touch on the forearm  was interesting, but how to do that online???? How about altering the language you use to be more caring and friendly, that’s a great place to start testing.

The idea of the firman getting laid was interesting for me, it’s no secret that we respond to uniforms as social clues for compliance, so why not evoke the feeling of a uniform in your web design and layout.

No I don’t mean slap pictures of firemen everywhere although I’m sure my wife would approve!

No, what I mean is the uniform is representative of authority and so I’d be looking at the main authority sites online (Google, Amazon, Zappos, Best buys, etc etc) for clues as to how they make their customers feel “safe to shop”.

Heck everyman and his dog now uses the orange amazon button as their add to cart button and with good reason, it converts better than anything else!

Want us to get to work on your website and online strategy?

Then check out our services here